Foreword regarding the overall data, that has shed light upon this Operation, due to the revelations uncloaked by Radar Norway’s SMHI format. Note should be made that SMHI imagery shows neither timestamp, date, nor Radar installation city or name. The imagery which will follow the Ionospheric Heater Ring event beginning at, as best as can be known, 08:10 utc and is shown through 08:30 in loop and single image formats. The operational agenda included the heavy aerosol disbursal of conductive particulates prior to the Ring Impact.

In the early hours of the evening local time, 7th September 2016, Aerosols begin to show on southern Norway Radar imagery. As evening progresses into night, The return image loop is running at one image every fifteen minutes. As real time approaches the imagery changes to one image every five minutes. Around where the triangulated central region of the ring is shown, Aerosols begin to appear north of Bergen, Norway; the center registry of this ionospheric Heater Ring Assault.

SMHI also does not show a color legend within the return frames themselves. Aside from the blue hues, the colors which are imaged in the partially exposed Ring, are not on the legend. They are off of the chart…! That will be inserted as notable in the – Aerosol Operation’s – linear image loops, after the Ring event is shown.

This is the diameter the Ring would appear as if the Mosaic imagery were complete. 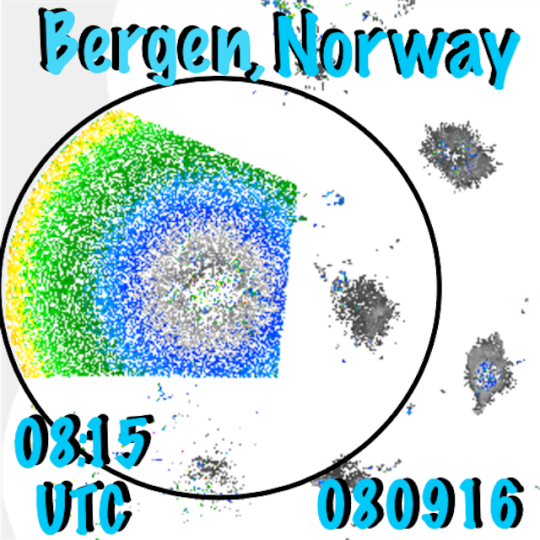 As you see, standard Norwegian Radar has not imaged the ring at its seeming midpoint. This is a five minute loop… Edit check: Some of the original dialogue does not appear in this article. It will be attended to in the near future. Apologies: There is still visual data telling the story…   otterwalks…

This is running one image every fifteen minutes. The ring is at the same midpoint registering at 08:15 UTC – GMT on the 8th September 2016.

These are single frames, each five minutes apart… 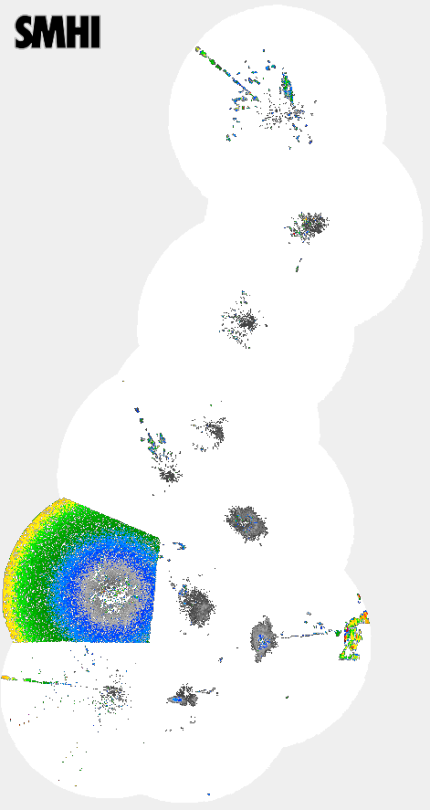 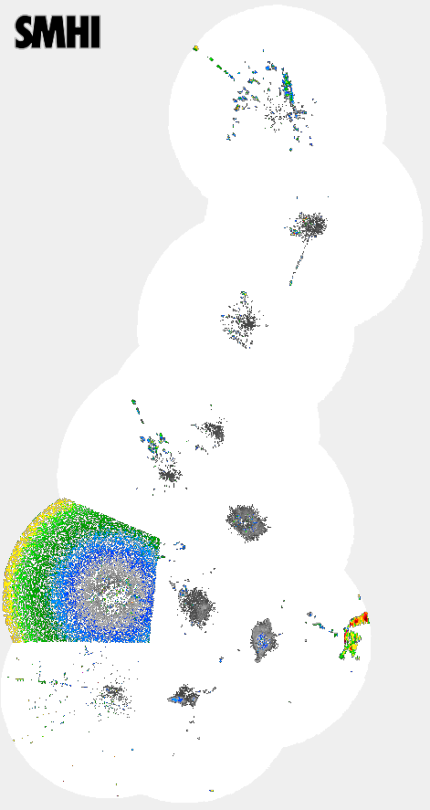 Now, unto the previously mentioned Aerosol Campaign. This is an after dark operation which continues into the early hours of the 8th September ‘16, at least as much as the returns expose.

There are a number of ten frame loops. Aerosols are seen in the south, then central region above the Rings perimeter, and can be seen in the north as well as other locations across Norway. It seems they are seen to have been heavily GeoEngineered over the seventh and eighth of September.

These begin with four image per hour. Below the ring is the onset of the interfaced Radar imaging of the passage of Aerosol Tankers unloading their toxic slurries. The elevation of the return imagery is another missing notation in this Radar imagery format. It is an educated guess that it is a composite image showing many layers compressed and then pictured in a two dimensional expression. These are linear in that they are 10 image loops that show the egregious weaponization of toxic, conductive metals, – CHAFF using Nano coated Polymers are very likely a component – and as with all Technocratic Future Weapons R and D, the Agenda is multileveled.

These events are pieces of the Future Weapons Arms Race that is using life in its experimentation. I harp on this, yes. It is impossible to un know what you know to be true. Attaching oneself to Ignorant Bliss having gleaned awareness, if only from these actuarial images, is to lie to oneself. How you do that I cannot be sure. It is in truth dissolution of Self. It is lacks self-esteem and pride, leading to mindlessness.
![](https://31
Note: Oslo Radar Radiates the conductive Aerosols, exciting the particulates with RF/EMF Frequencies. The imaging of these Trails shows the same Off of The Chart – legend – colors that are used in the return frames of the Ionospheric Heater Ring on the E1if)

Note: The same – off of The Chart – colors appear in imaging the conductive Aerosols as they are excited by Oslo Radar RF/EMF, as where seen in the images of the Ring Event which followed this saturation operation.

It is the midnight hour of the eight midway through this next loop. These are now running on five minute intervals, twelve images per hour. We are at War!  Here and Now!  It is silent, – to most, not all – it goes largely unseen overhead, yet lack of acknowledgement does not negate its existence.