NEXRAD KARX… Again the center of a High Frequency Rf Pulse from an Ionospheric Heater. La Crosse, Wisconsin and seven surrounding states have been assaulted in whole or part by this passage of Synthetic Plasmic Waveform.

Link to recent HAARP/IRI Ring event which shows the basic parameter or circumference of the region which was put under assault!

As always this was scrubbed quite rapidly from loops and archival data streams. There were a few rarities that were captured from sites that are among the first to begin censorship.

This is the CoD Echo Tops return from near the end of this event. 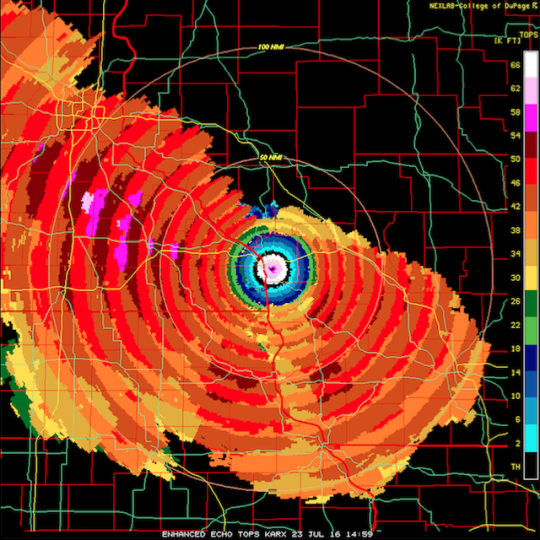 These were highly unusual to find up. They are from the NWS weather Radar site. That is essentially the starting point for Radar Return data distribution. If it is going to be censored, this is where it is first wiped from the feeds to all of the other networks. 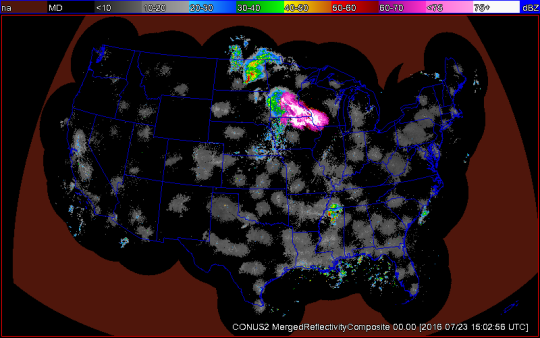 Weather Underground Returns – Most are blank as will be seen below… 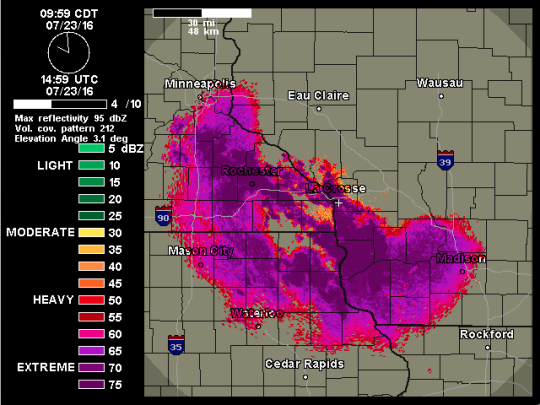 This is their version of Echo Tops… 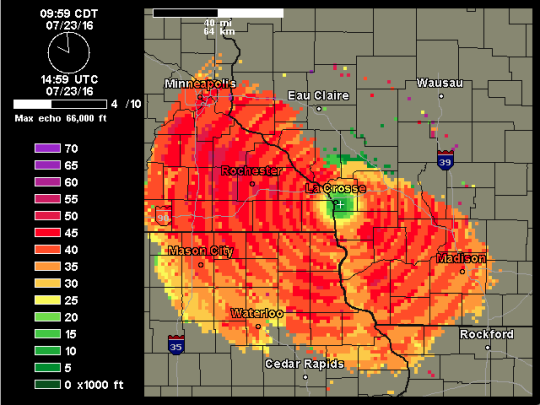 These are several of the type of negation engaged. There are many methodologies in use to the same ends. 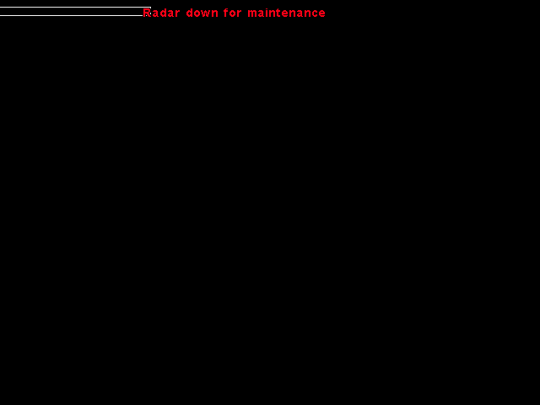 Updates when they are compiled…