This is an image which shows the diameter of the ring. The Heaters Ring itself, largely censored, showing only the fade of this assault. This Link is the part one of this KARX – La Crosse, WI – Future Weapons Experimentation upon the populus, Outside of Law…!  Note: This links to the link for the US Code on experimentation using Chemical and Biological Weapons upon civilians.

As always, it must be said that the inserted – exceptions – Do Not – allow the usage of Induced Electromagnetic, or even more so, Synthetic Plasmic assaults…! If they were not created by this government, why are we not responding to these attacks? The answer resides in the truth. This is the Agenda of the Technocratic Future Weapons Arms Race perpetuated by the forces the run this government from without as well as within…! Those that are Puppets seeking to benefit are involved in Sedition…!

Here are the images to further flesh out this event of the 21st July 2016 in the northern central tier of the U.S. 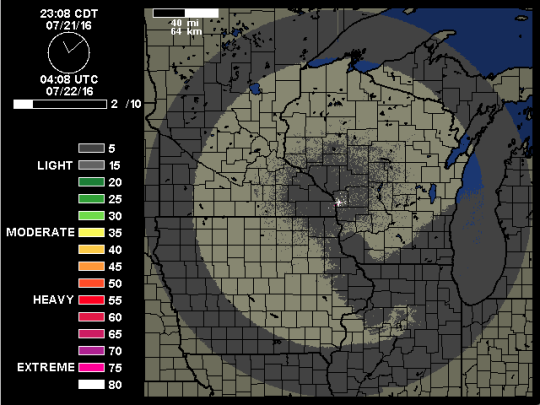 There are far more images. These combined with the prior article give enough data to cover any doubts about the issue of this Arms Race with its implications.